Not so long ago, a 21st birthday was symbolically marked with a key to the door. Not so for Ben Tuck. Instead, it was the trigger to unlocking the path to an international motor racing career. That was March 2018. By the end of that year, Ben had emphatically emerged as one of the brightest young beacons of British motorsport talent, standing proudly on the winner’s stage at the British GT Championship Awards night. Winners attract attention. In Ben’s case, the spotlight shone from BMW Motorsport in Munich. Their support propelled him into the international arena in 2019, racing with the elite BMW customer racing team, Walkenhorst Motorsport, in the VLN Championship at Germany’s historic and infamous 13-mile, 73-turn Nürburgring Nordschleife circuit.

A string of  podiums against tough competition including at the blue riband Nürburging 24-Hours epic – speak emphatically of Ben’s consistency, unquestionable talent and progression in the high echelons of international motorsport. Now, with fresh trophies glistening alongside his spoils of victory from five years of professional racing, Ben is stepping up the ladder yet again in 2020, with added success behind him and enormous opportunities ahead…

We welcome you to join Ben as a partner.

MY AMBITION IS TO BE THE BEST, TO DO WHATEVER IT TAKES. TO WORK HARDER, TO LEARN FASTER, TO THINK QUICKER
AND TO GRASP EVERY POSSIBLE OPPORTUNITY TO PURSUE A TOP FLIGHT CAREER IN MOTORSPORT.

Ben is an absolutely focused and charismatic young racer who puts his full commitment into racing and achieving his goals every day. We as a team appreciate his loyalty and determination coupled with his outstanding speed and achievements. Ben is a great team player and we hope to be able to celebrate many common successes together

RACING WITH THE ELITE IN INTERNATIONAL SPORTSCAR RACING

With a season of international sportscars beneath his belt – and a trophy cabinet continuing to fill – Ben Tuck will step up in 2020 to a season of full-blooded GT3 racing, a progression that rewards his increasing maturity, consistency and sheer pace shown throughout 2019. Teamed again with elite BMW customer team, Walkenhorst Motorsport, Ben will be at the wheel of a BMW M6 GT3, contesting qualifying rounds of both the Blancpain Endurance Championship, and Intercontinental GT Challenge. Well-established at the high echelon of international sportscar racing across Europe and beyond, these endurance championships attract capacity grids, featuring a powerhouse of GT3 category race cars representing up to ten different marques. The calendar includes the 24 Hours of Spa-Francorchamps, won outright by the BMW M6 GT3 of Walkenhorst Motorsport in 2018.

Ben will take his place amongst a full capacity line-up on the premium racing circuits under the management of the vastly experienced international Championship organisers, SRO. With years of steering both UK and European GT racing behind then, they know just how to make it work…for drivers, teams, media, the public and, as our partners, for you too.

Ben Tuck, is a graduate of the Motor Sport Association Academy, and thus is acknowledged as one of the UK’s top elite young drivers.

In his first full car racing season in 2015, he registered 14 top five finishes, three wins and six podiums, and finished 3rd overall in the BRSCC Mazda MX-5 Championship. A further trophy followed that year as he was awarded the 2015 RSF MSA Young Driver of the Year, a huge accolade after such a short period racing.

In 2016 he moved on to the Caterham Supersports Championship where he continued his winning ways into 2017, claiming a total of two wins, seven podiums, four fastest laps and two lap records, before moving up mid-season to GT and Endurance racing at the wheel of a Ginetta G57 sports car. Underlining his rapid ascent, Ben scored an impressive duo of debut wins, first in the GT and then the Endurance category where he also had his first taste of European competition at the famous Spa Francorchamps circuit. A taste of the top flight GT3 category concluded his year in the final round of the British GT Championship in October 2017 and proved his readiness to contest the entire championship season in 2018. Teaming with Century Motorsports, Ben became one of the first to celebrate BMW’s return to UK GT racing at the wheel of the brand new, factory-developed BMW M4 GT4. He rewarded them handsomely entering the history books as the first to score a race victory in a BMW Motorsport customer M4 GT4 in an SRO Championship. As the season closed Ben had well and truly proved his potential. He was a single point shy of winning the British GT Championship GT4 title in his rookie season, with one win, two podiums, two pole positions, five top five finishes and a fastest lap. To crown his stellar debut GT season, Ben was named British GT’s top GT4 driver in Motorsport News and Autosport Magazine. Ben’s rapid success didn’t go unnoticed by BMW Motorsport in Munich, who operate BMW’s worldwide motorsport programmes. This culminated in the major accolade of being one of just four drivers chosen from 16 across the world to make it to the final of the annual BMW Motorsport Junior Selection. 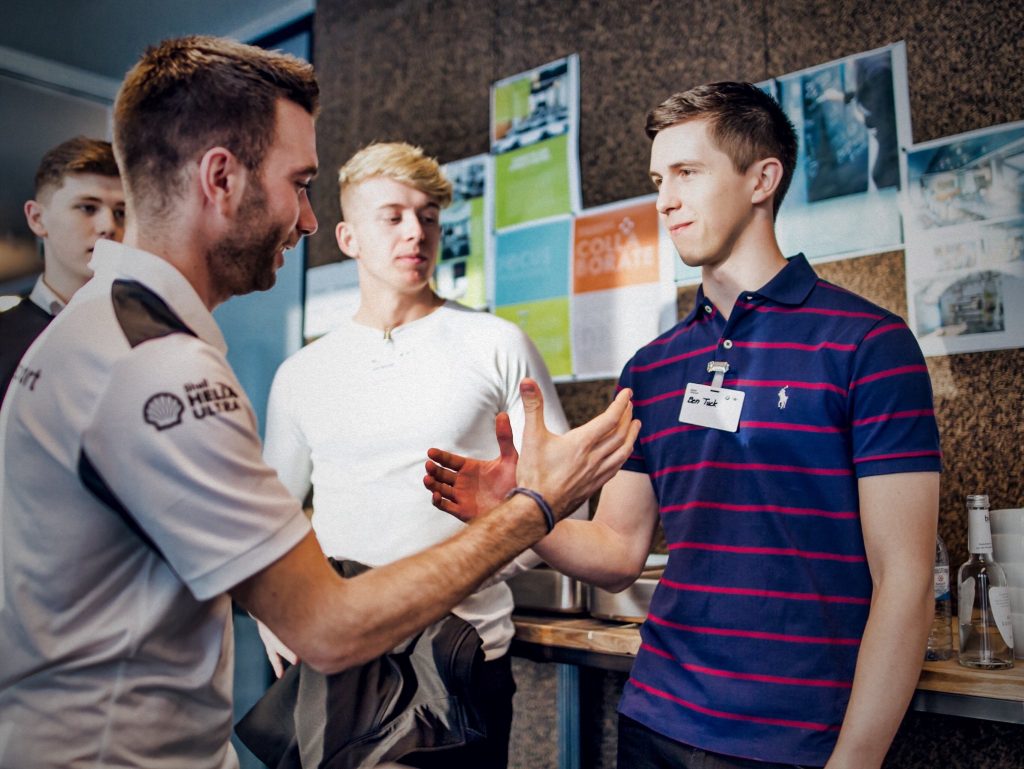 It also led to Ben being selected to drive for the elite BMW customer team, Walkenhorst Motorsport outright winners of the 2018 24 Hours of Spa-Francorchamps – for the 2019 endurance racing season.

After competing in 10 grueling endurance races at the fearsome Nurburgring Nordschleife across 2019, Ben emerged as one of the top Nurburgring stars in not one but 2 classes of car as he quickly graduated from the BMW M240i to the BMW M4 GT4. In his first season of international racing Ben battled with the established racers to scoop 5 podiums, including a 3rd place at the world famous 24Hr of Nurburgring. It was the perfect preparation for the step-up to the 2020 season with Walkenhorst in the team’s top-flight BMW M6 GT3 against world-class international competition.

Everyone is motivated differently, but for me, when you have to work and negotiate for every lap in a race car, it means you have to focus, learn fast, maximise the return from every session and look for every possible improvement

Long term it’s all about establishing a career as a pro-driver. I think I’ve got the mix of driving, analysis and coaching skills to make that work. You never know what’s going to happen so the key is to never ever give up.

DURING THE 2018 SEASON I FOUND BEN TO BE VERY PROACTIVE IN DEVELOPING THE BMW M4 GT4 CAR. HE IS VERY MUCH A TEAM PLAYER GIVING 100% AT ALL TIMES. HE HAS BEEN A PLEASURE TO WORK WITH AND I LOOK FORWARD TO DOING SO AGAIN IN THE FUTURE.

ON AND OFF THE TRACK

Ben’s credentials are well-proven on the track, and away from the circuits too. 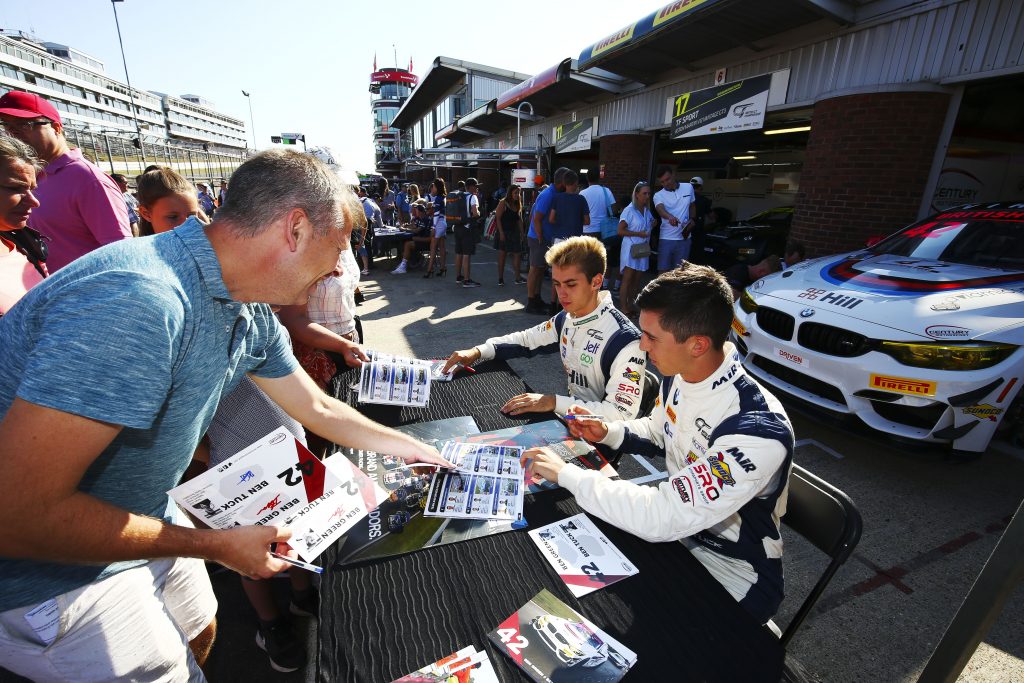 Following and acknowledging his success during 2018, BMW UK invited Ben to join in an official role at Britain’s biggest motorsport celebration, the Goodwood Festival of Speed. Ben’s exemplary social skills proved a match for his on-track performance. Rubbing shoulders with BMW’s victorious 2018 British Touring Car Championship team, BMW Motorsport drivers in the DTM and Formula E, plus the brand’s international racing legends, Ben joined public interviews and became a high-speed chauffeur to BMW VIP guests in a BMW i8 and brand-new BMW 8 Series on the iconic Goodwood Hillclimb in front of 100,000+ spectators. We are delighted to present to you this opportunity to partner Ben Tuck, his team, existing supporters and sponsors, and to share and enjoy the benefits of involvement throughout the 2020 season, and hopefully far beyond.

We are realists. We are pragmatists. We deliver value – Three straightforward statements that underline our philosophy when it comes to negotiating and co-operating with our existing and future financial partners.

We provide the entry to an arena that’s exhilarating, exciting, attention-grabbing and highly promotable for our partners, but fundamentally it’s about business and delivering the best return on our partners’ investment with us.

Flexibility is another of our mantras. We understand that our partners have different objectives to fulfil, and so we individually tune involvement with Ben and the team according to what will work best to achieve our partner’s goals,and return the maximum value from every pound, euro or dollar spent.

We’re not alone in accomplishing this…With their years of experience, the championship organisers provide us with a first rate infrastructure and resources to fulfil our and our partner’s needs, from highly visible TV race exposure, through a well-oiled and highly-effective Championship PR and promotion, to collaborations with race-day hospitality.

A TIERED APPROACH TO INVESTMENT

From our experience of partner requirements, allied to their required level of financial involvement, we have developed a tiered approach to financial investment in Ben and the team. This is purely the starting line. We then negotiate individually with all partners to fine tune rights and involvement to suit specific requirements.

We look forward to talking with you…

YOUR BENEFITS OF A PARTNERSHIP