Ben Tuck has firmly established his position among the top young European GT drivers by scoring his 3rd consecutive podium at the legendary Nürburgring Nordschleife circuit in Germany. The trio of podiums comes from 5 consecutive top 3 starts out of 6 races, showcasing Ben’s ability to be immediately competitive on what is perhaps the words most challenging circuit.

This latest result was won after Ben took to the track for Round 4 of the German VLN Endurance Championship based at the formidable Nürburgring Nordschleife circuit. Ben drove the awe-inspiring track for the first time a little over 3 months ago. The circuit is considered so challenging that new drivers are required to complete initial races in the lower classes of the championship.

Since March Ben has not only competed in the first 3 Rounds of the VLN Championship, but also tackled the ADAC 6Hr of Nürburgring and the world famous ADAC 24Hr of Nürburgring – renowned as one of the most challenging races in the world for both drivers and their machinery. Ben drove these initial races in the fiercely competitive BMW M240i class, racking up 4 top 3 starts and 2 podiums. 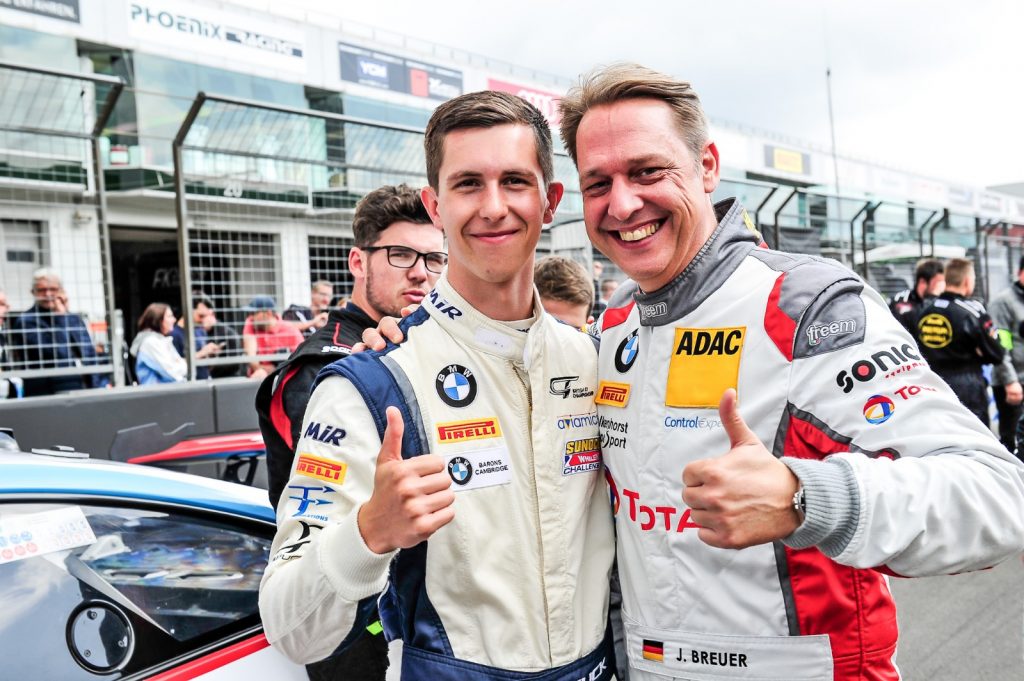 For his latest race – VLN Round 4, he graduated to the Walkenhorst Motorsport Total Oils BMW M4 GT4 and again showed immediately that he was one of the best. In a qualifying session that was shortened due to a huge multi-car accident, Ben conquered the changeable track conditions to fight for Pole Position with the established GT4 drivers. After the session, the #191 BMW sat solidly on the second row of the GT4 class.

Out of his crew of three, Ben was allocated the initial stint of the race and so lined up to take the start of the 4 hour race. Within a handful of corners after the green light Ben had taken second spot and was rapidly pulling away from the rest of the class in a 3 car battle for the lead of the race. The team elected to strategically save fuel in an effort to reduce the time refuelling at the next pitstop and so Ben was asked to conserve fuel. He not only exceeded his fuel saving target but also lapped faster than expected, taking the teams fastest lap of the race and ensuring that the Walkenhorst car only lost 6 seconds at the end of his 1hr 10min stint, maintaining a solid 3rd position. With driving duties over, Ben was able to watch as his co-drivers consolidated the 3rd place, to bring the car home to a measured and well planned drive from the team and crew.

The Nürburgring Nordschleife demands a huge amount of talent, stamina and accuracy and that Ben was able to set the Walkenhorst Motorsport Total Oils team’s qualifying time and the fastest race lap on the way to a 3rd consecutive podium is a demonstration that he has definitely arrived on the worldwide GT racing scene.

Ben was pleased with his performance. “It’s great to be on the podium again and this time in a new car for me at this track. I raced the M4 GT4 last year in British GT, but nothing compares to the challenges of the Nürburgring, so to be on the pace is a real confidence boost going into the next race”.

Ben will next be competing in the VLN Championship at the Nürburgring Nordschleife on 3rd August 2019. 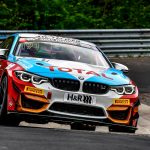