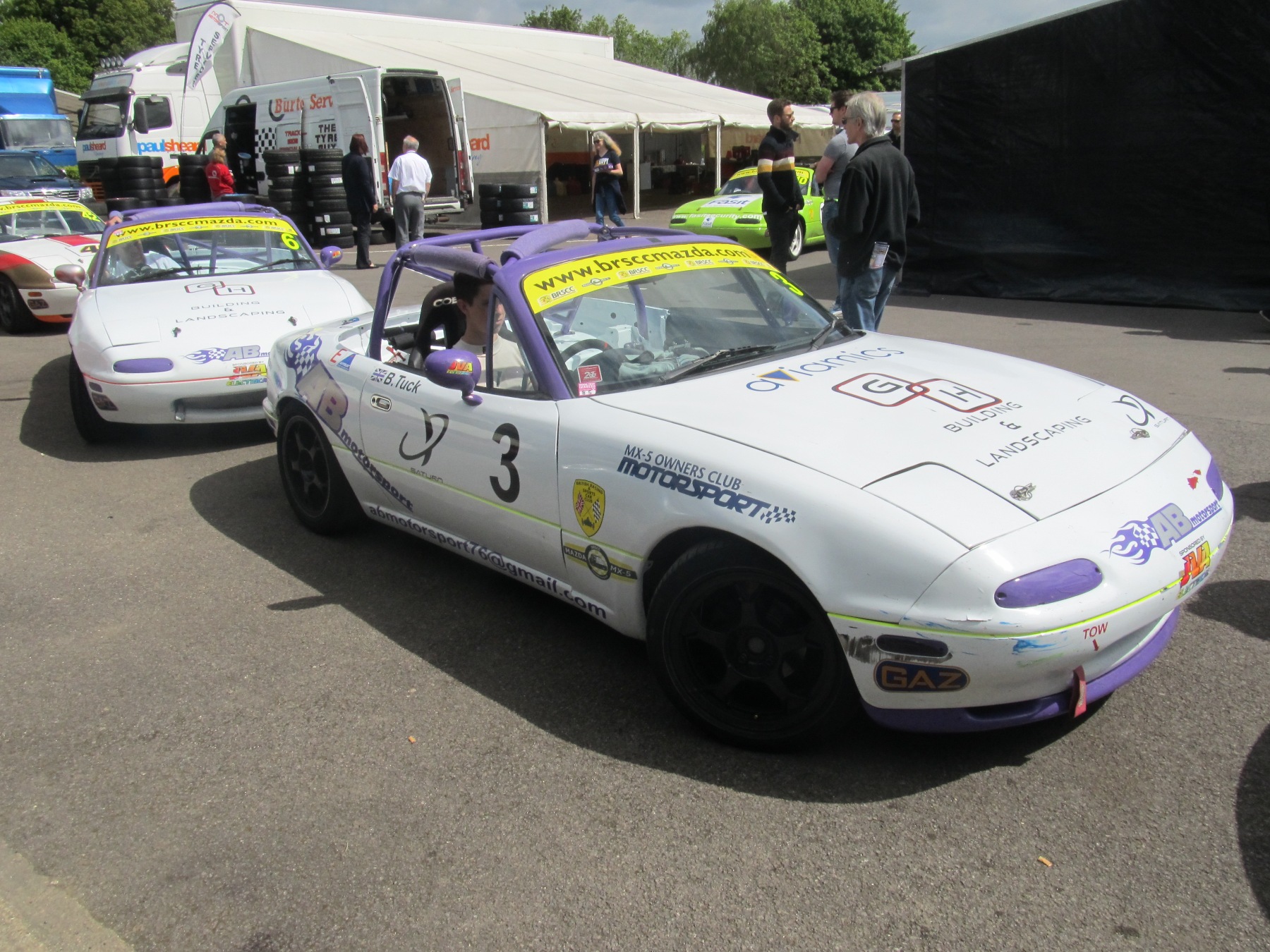 Motor Sports Academy star of the future Ben Tuck has had a busy summer so far. In just 6 weeks from early May he has competed in no fewer than 3 races as he continues to fight for the title honours in the 2015 BRSCC Mazda MX5 Championship. The early summer flurry of races leaves Ben in 5th position in the championship, with the top 5 separated by only 26 points.

Continuing on from Brands Hatch, where he piloted his car to 4th and 6th places, Ben went on to snatch 4th and 9th positions at Castle Combe and 5th and 6th positions at Rockingham. This consistency has marked Ben out as a future star fighting with the established championship leaders in his rookie season.

The BRSCC Mazda MX5 Championship is recognised as the most competitive of the MX5 racing series with up to 60+ entrants per race, and 2015 is shaping up to be it’s most exciting and competitive year yet.

Nowhere was that demonstrated better than when more than 60 Mk1 MX5’s supported the prestigious Blancpain International GT Series on the historic Brands Hatch GP circuit in early May. In front of packed crowds, Ben knew that he needed to make his mark at this, his 8th ever car race. In perfect summer conditions, Ben took to the track and blasted his way to Pole Position against the largest and most competitive grid ever seen in MX5 racing.

Ben’s two races were even closer and more exciting than the Silverstone rounds and Ben fought and battled every lap, swapping the lead several times with the top drivers in a fierce and riveting battle to the Race 1 flag and taking the fastest lap of the weekend for an MX5 in Race 2. At the end of the weekends racing, Ben took away another trophy on his quest for podium positions and high hopes for Castle Combe two weeks later.

Ben again showed his potential at the Wiltshire circuit on the May Bank Holiday with a 3rd fastest lap in Practice and 5th grid place after an electrifying qualifying battle with just 0.2s covering the top five drivers. Castle Combe always grantees action on the first lap and Ben had to deal with a huge five way battle into the first corner, initially loosing out to 7th position before fighting his way back to 4th position at the flag.

In Race 2 Ben showed a maturity and focus beyond his experience after being taken out on lap 1. Spinning off into 24th and last place, Ben kept his head and responded fighting from more than 20 seconds behind, and taking a place per lap to stage a incredible recovery drive to 9th place.

Having already demonstrated his speed, maturity and focus, Rockingham in early June presented his next opportunity. In a rain soaked single day meeting Ben dealt with his first experience of heavy rain to earn a 4th place grid slot. In Race 1, Ben was again taken off after a huge rear impact, a collision for which the culprit was disqualified. Ben yet again fought back, this time to claim 6th.

As the rain increased for Race 2, Ben coped with his first experience of full wet tyres to fight at the top of the order, maintaining 5th at the flag, and earning another trophy – the fourth in as many meetings.

Ben is now exploring opportunities for next season in higher profile racing series as his potential is being recognised by other teams. In order to do this he needs commercial, PR, marketing and website support. As a professional racing instructor and race driver, Ben is being considered for the Racing Steps Foundation MSA Young Driver of the Year Award and is a bright hope for the future, guaranteed to achieve the marketing and promotional goals of any partner. 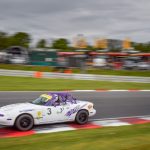 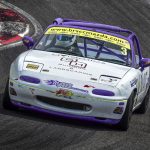