After a long wait, Ben Tuck’s 2020 season eventually kicked off over the last month with the opening three rounds of the Nurburgring Langstrecken Serie (NLS) at the Nurburgring Nordschleife. Inevitably, due to the Covid pandemic, the races were run behind closed doors and with significant changes to the organisation of the events. The races represented a string of firsts – first races of the rebranded NLS (formerly VLN), first races run from the paddock, first races featuring the ‘split pit stop’ format. 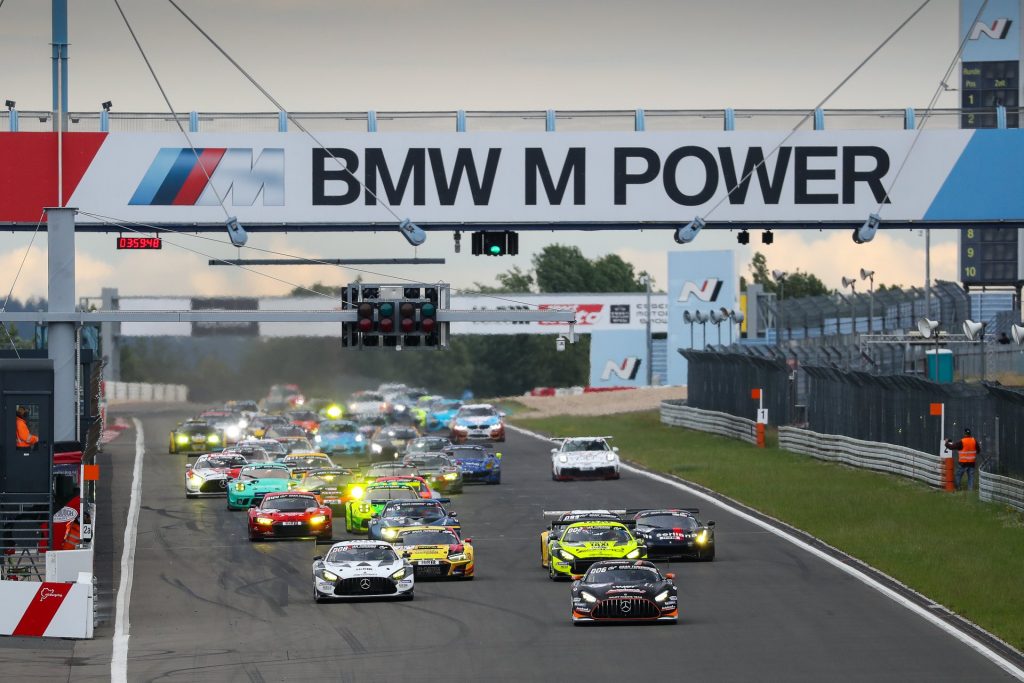 The first three rounds have provided a challenging start to Ben’s 2020 campaign.  Continuing from 2019 as a pro driver with Spa 24H winning Walkenhorst Motorsport, Ben is driving the BMW M4 GT4, the very same car with which he achieved such success last year in what was known then as the VLN Championship. During the long-enforced break, Ben has been racing the ‘virtual’ version of his race car, modelled with absolute accuracy right down to his name above the door.

However, there is no substitute for the breath-taking challenge of the real life Nordschleife and now part of a regular crew for the NLS 2020 season, Ben has paired up with two amateur drivers in the SP10 class, catering for GT4 standard cars.

The NLS opener on 27th June featured an elaborate paddock one-way system designed to furnish teams with more space than could be afforded by the pit garages. However, Ben didn’t take long to show that he had lost none of his pace during the extra-long off season and during qualifying, he took the car to a solid second row start on the grid. 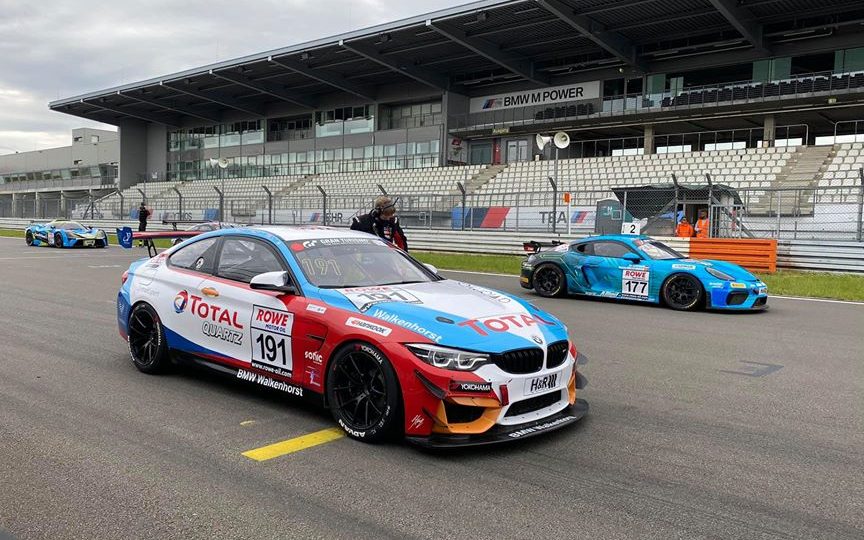 Under clearing skies, the team elected for Ben to take the final stint in the season’s first 4-hour race. However, almost 90 minutes in, the car was involved in a race ending accident at the Adenauer Forst sequence of corners, wrecking the car and bringing the weekends racing to a premature end. 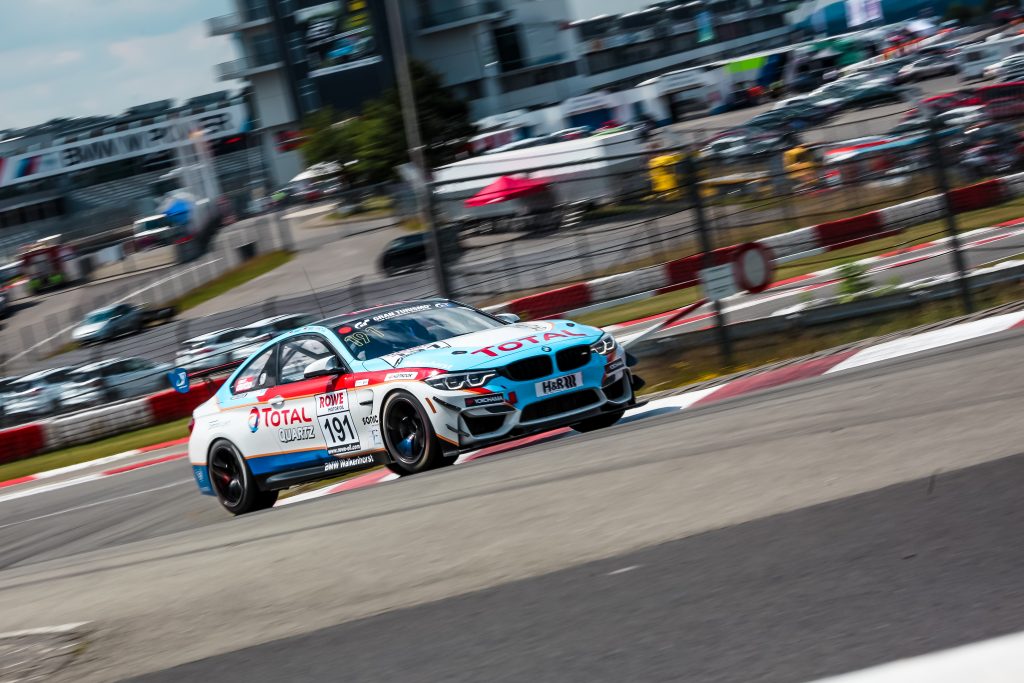 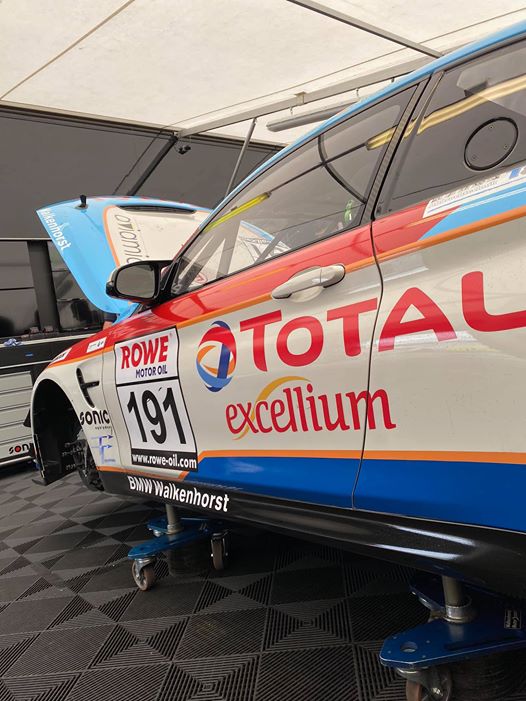 There was not long to wait, and Ben was next behind the wheel on Saturday 11th and Sunday 12th July in a weekend double header for Rounds 2 & 3. With a brand-new car dressed in a new livery, hopes were high but Round 2 served up more problems. The car suffered a mechanical problem before Ben could set a qualifying time resulting in a 7th position start. In the opening stint Ben was contacted by another car whilst battling to make progress causing a broken steering arm. The ensuing pitstop effected a repair but put the car 3 laps down at the back of the pack. The delay consigned the crew to a grinding fight back with Ben back in the car to bring it home to a brave 6th place finish.

Round 3 of the NLS took place the following day and started out just as difficult as the previous, with Ben having to transit a number of other incident slow zones, robbing him of top qualifying lap time. Another 7th position grid spot was the result with Ben again taking the start of the race. This time the team strategists elected to stop after 30 mins for fuel, with Ben retaining the car for a longer second stint. The strategy put the team out of sequence with their competitors and gave Ben an opportunity to stretch the cars legs, in an attempt to leapfrog their adversaries as the race played out. After 11 laps of superbly consistent laps, Ben brought the car in from the lead.

However, more misfortune befell the team after the stop, when the car returned to the pits just 5 laps later with another mechanical problem. After more than 25 minutes in the pits, the Walkenhorst crew repaired the car and sent it back out 3 laps down, ultimately netting another hard-fought 6th position.

“The team have worked so hard this weekend with the problems on the car, and they have done an amazing job with the setup, it felt fast and stable all weekend” said Ben, “but the reliability has been the story of this weekend unfortunately, hopefully we’ll have a smoother time next time out”