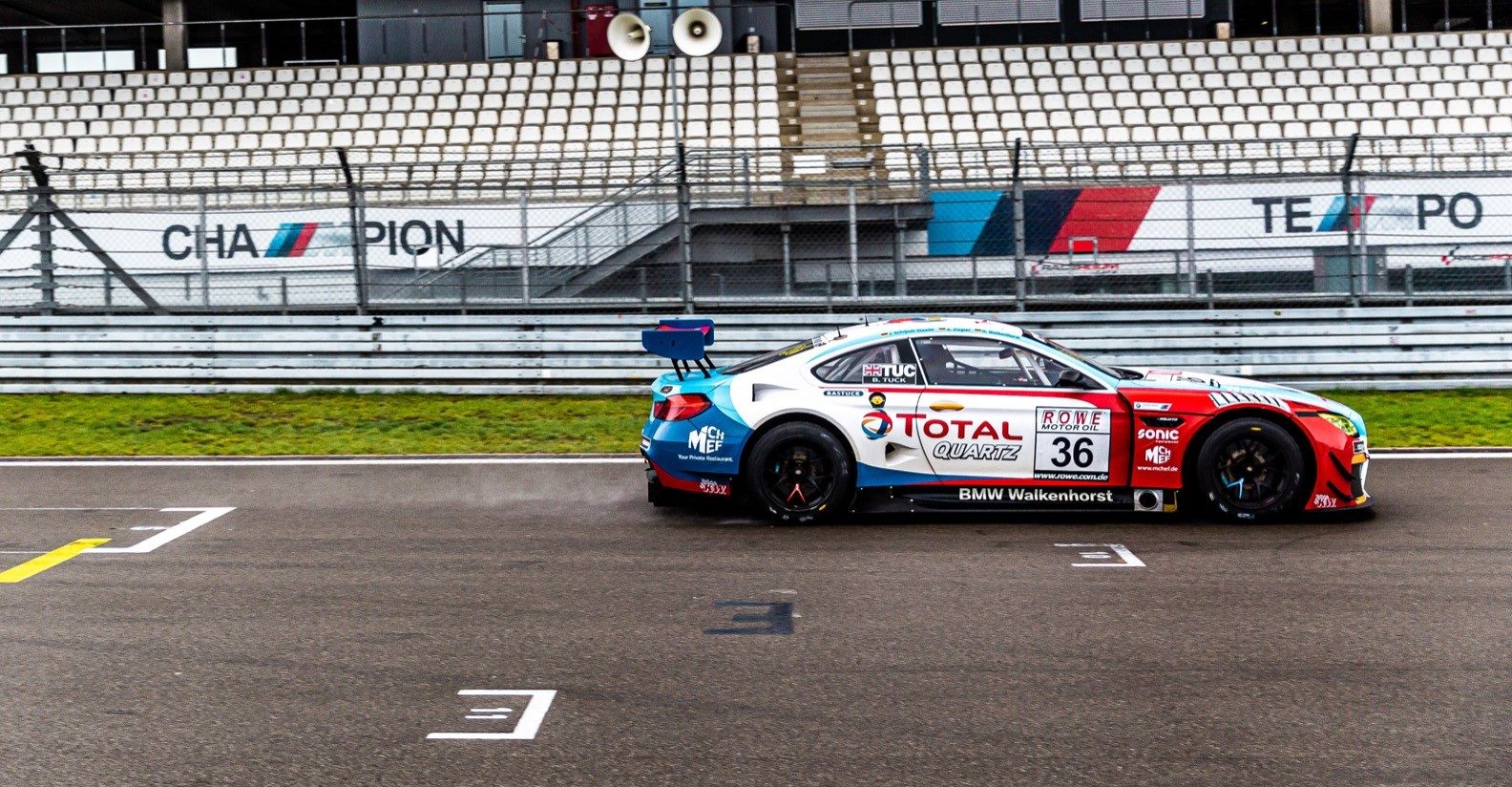 Ben Tuck returned to the podium at the weekend after charging back to 3rd place in yet another heavily rain affected race in Germany’s VLN Championship. The result was his 5th visit to the podium in his debut year of racing at the challenging 23km long Nurburgring Nordschleife circuit deep in Germany’s Eiffel mountains. Racing with the successful Walkenhorst Motorsport team, it was Ben’s 3rd podium finish driving the BMW M4 GT4. The result came after Ben completed a successful test in the teams BMW M6 GT3 machine during the Friday morning test session, which also marked his return to the top flight GT3 category after his outing with Century Motorsport in 2017. 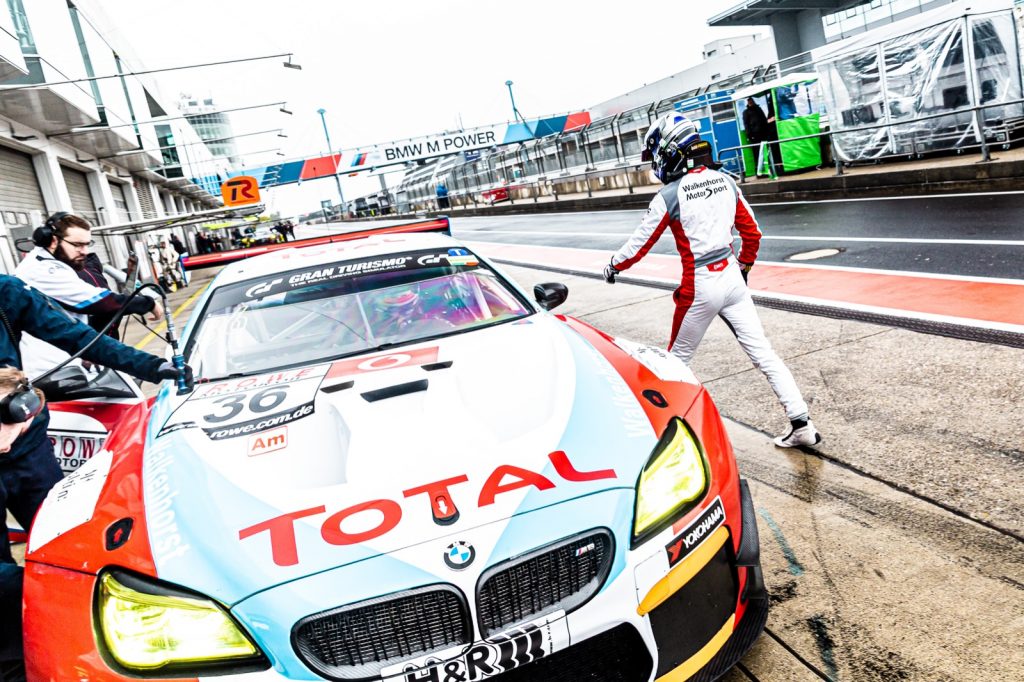 The test session in the GT3 car was part of a planned development which has seen Ben drive the BMW M240i and the BMW M4 GT4 this year in the VLN Championship and also the seasons two headline races at Nurburgring, the 6 Hour and the 24 Hour – in which he finished 2nd and 3rd respectively.

“It’s a huge step up in terms of power and grip” said Ben about the GT3 car. “I was comfortable in the car straight away and it was fun to gradually start to ramp up the pace, especially as the track started to dry out. It’s a big car, lots of momentum and lots of power but it was a great feeling to be able to get on the power earlier than the GT4. It’s an awesome car and I’m pleased that I was able to demonstrate a good rate of learning to the team and to be on the pace”.

Following the successful test, Ben returned to the weekends business of racing the teams BMW M4 GT4 in the 7th round of the VLN Championship. Race day was again affected by very heavy rain, which deluged the track in both the morning qualifying session and the afternoons 4-hour race. 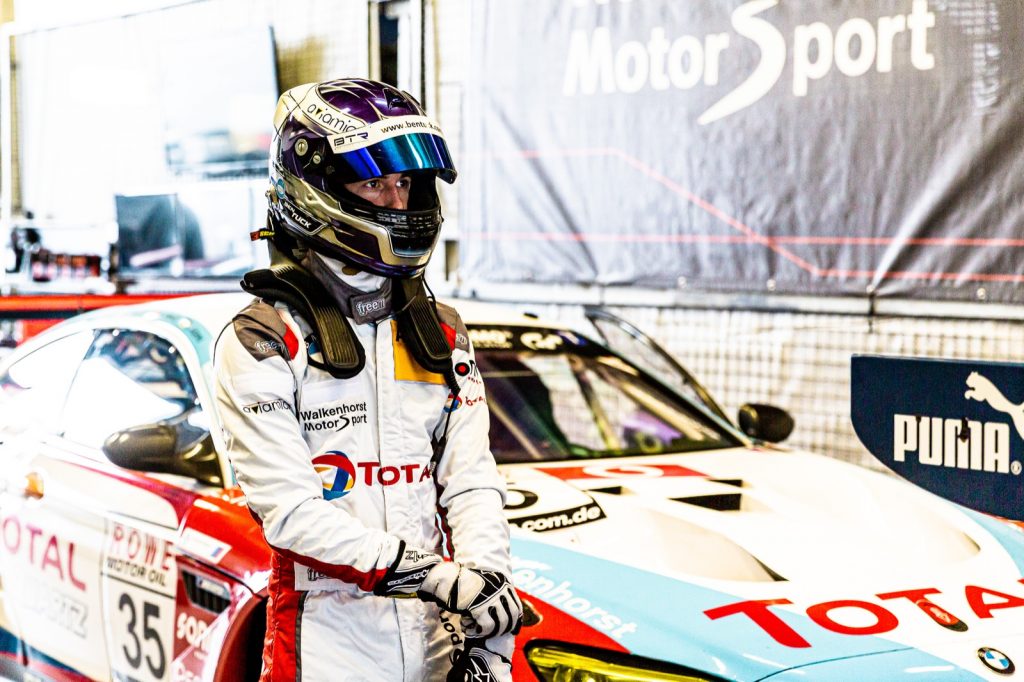 Ben was paired with another duo of experienced amateur drivers in his 3-man crew. It was Ben who took to the track first to do his qualifying runs and after setting a top time the rain began to ease so that by the end of the qualifying session Ben’s time was good enough for 4th on the grid.

The team elected to have Ben take the final stint of the race as his co-drivers managed the changeable conditions, alternating between heavy rain and a drying track creating a tyre and strategy headache for the team. For the second race in succession, conditions and tyres conspired to hamper the crew, resulting in them dropping back from the 3rd placed car in front.

Ben took over in 4th position with several minutes to make up to the car ahead and with the rain still pouring, set about clawing back time. Within 2 laps the weather was easing, and a dry line began to emerge on parts of the circuit, so Ben and the experienced Walkenhorst team took the gamble to pit for slick tyres. With the rain abating, Ben began another storming charge, setting fastest laps and reeling in those ahead and after an 80-minute stint, Ben raced across the finish line to claim 3rd place. 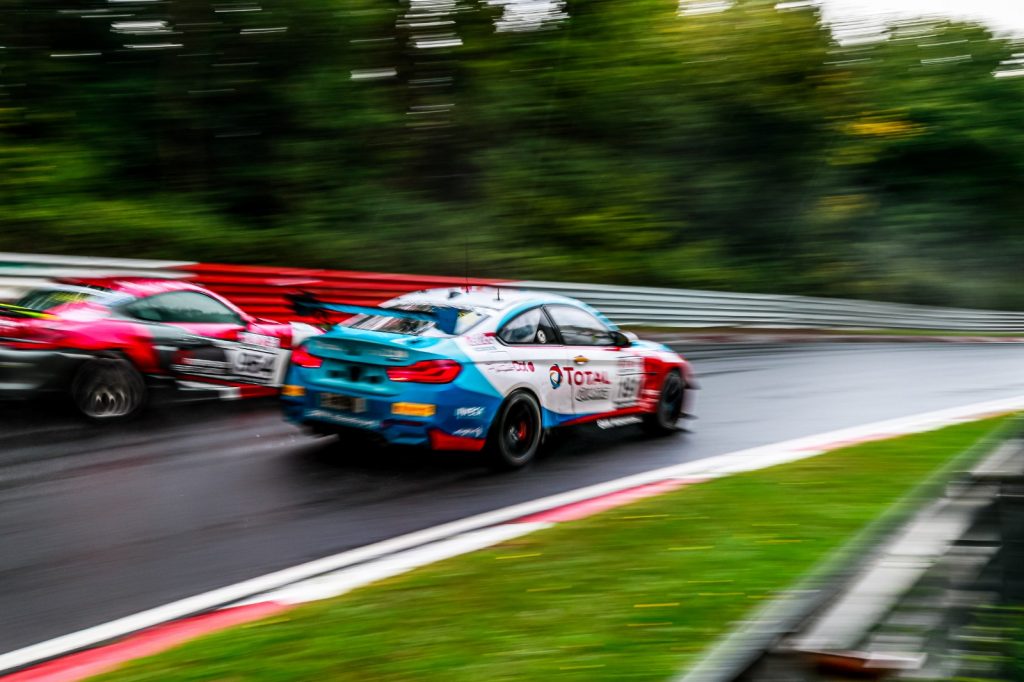 It was another hard charge against the elements, and Ben was thankful to be on the podium again. “It’s so difficult at this track with the weather, because you have to commit to a 10-minute lap time with a tyre choice and the weather can change massively in that time! Every corner and every braking zone is different, that’s what makes this place special, but sometimes it doesn’t go your way. There is always something to learn.”

“But the car was mega and the team really worked hard to keep on top of the changing conditions, it’s a really well deserved podium for everyone. Walkenhorst gave us a great car again. We seem to say it every time now, but we are really hoping for better weather next time!” 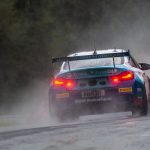 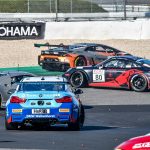 TUCK STEPS UP TO LEAD IN VLN!Race Reports